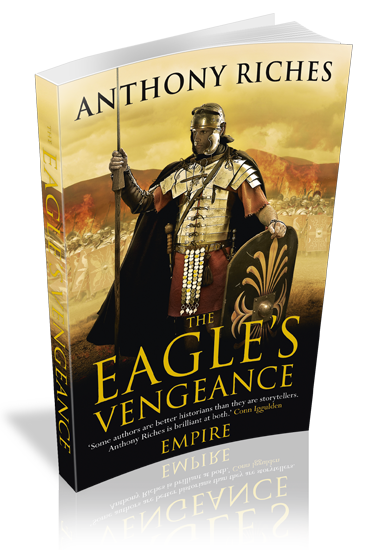 The Tungrian auxiliary cohorts return to Hadrian’s Wall after their successful Dacian campaign, only to find Britannia in chaos. The legions are overstretched, struggling to man the forts of the northern frontier in the face of increasing barbarian resistance.

The Tungrians are the only soldiers who can be sent into the northern wastes, far beyond the long abandoned wall built by Antoninus, where a lost symbol of imperial power of the Sixth Victorious Legion is reputed to await them. Protected by an impassable swamp and hidden in a fortress atop a high mountain, the eagle of the Sixth legion must be recovered if the legion is to survive.

Marcus and his men must penetrate the heart of the enemy’s strength, ghosting through a deadly wilderness patrolled by vicious huntresses before breaching the walls of the Fang, an all-but-impregnable fort, if they are to rescue the legion’s venerated standard. If successful their escape will be twice as perilous, with the might of a barbarian tribe at their heels.

“The Eagles Vengeance” is published in the UK by Hodder & Stoughton.