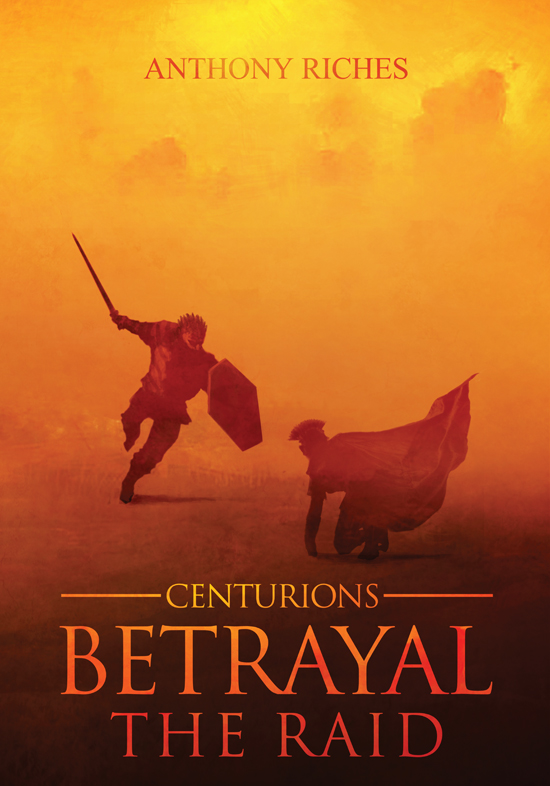 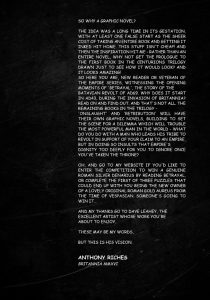 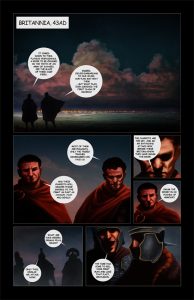 Having toyed with the idea of a graphic novel based on the Empire series – which I didn’t follow through with because it’s hugely expensive – I recently had the inspiration to commission a short (8 pages) graphic novel based on the prologue of book one in the Centurions series (my new trilogy which tells the story of the Batavian revolt from the soldier’s perspective).

I plan to generate one for each of the three prologues, and they will (like the written versions on which they’re based) come together to tell a story that will illustrate the central dilemma that comes to a head at the end of the series, which is:

What does an emperor do when a revolt he inspired to help him win the throne gets out of control and threatens the empire itself?